WITHOUT COMMUNITIES, WE CAN'T MOVE FORWARD 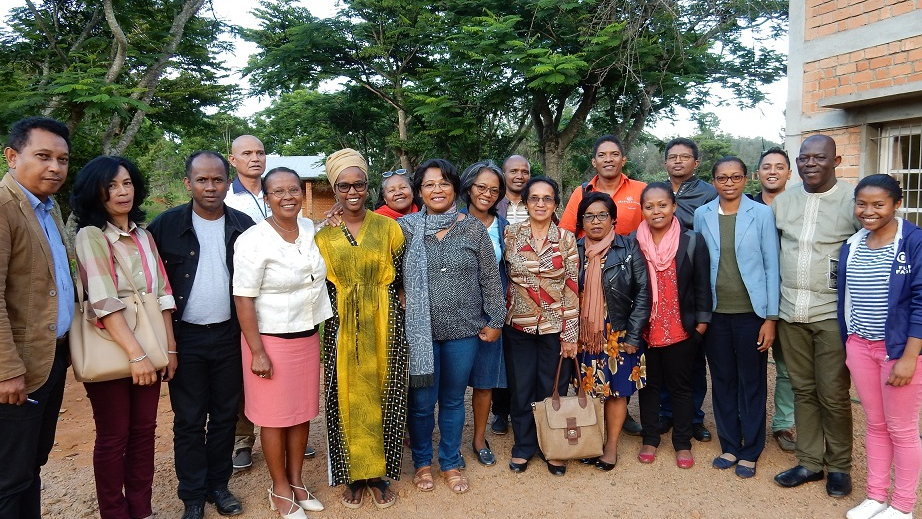 Mélissa Antoine has been campaigning for many years in the response to HIV and AIDS in Mauritius. She is an employee of PILS (Prévention Information et Lutte contre le sida) since 2013, and became coordinator of PFOI (plateforme Océan Indien de Coalition PLUS) at the end of 2018. She supported the entire community testing pilot phase in Madagascar, and gives us PILS's point of view on this experience.

Zone centrale
Titre du bloc
CAN YOU TAKE US BACK TO HOW THIS ALL STARTED?
Contenu du bloc

It all started at the AFRAVIH conference in Brussels, in April 2018. We had initial discussions with the various organizations working in Madagascar and their representatives: the secretariat of Coalition PLUS, its Indian Ocean platform (PFOI), the expert André Inwoley, the regional global health advisor (CRSM) at the French Embassy in Antananarivo, and Rebecca Gillard, who was responsible for monitoring Madagascar at L'Initiative.

Since 2017, L'Initiative has supported the project “Access to quality health services for key populations”, led by the Coalition PLUS secretariat and implemented in the Indian Ocean region by PFOI. The project organized an initial workshop with stakeholders involved in the HIV and AIDS response in Madagascar (civil society, institutions, HIV programs, UNAIDS, the NAC Executive Secretariat) to work on a testing roadmap, which remained unfinished... Then in 2019, discussions resumed on the need to set up community testing in Madagascar with all stakeholders. We planned to engage Coalition PLUS to learn from their experience of the community approach in other countries. The authorities then agreed to begin a pilot phase.

Professor André Inwoley, an expert mobilized under the testing component by L'Initiative, was key in this discussion. His charisma and background as an international expert, helped convince the Malagasy authorities of the reality of the epidemic, and convinced them of the need to provide a more appropriate response.

The role of the Coalition PLUS Indian Ocean platform was to ensure that the needs of communities were taken into account. In early 2019, discussions began around PFOI's participation through PILS, and consultation took place with the Malagasy authorities on the potential to include community stakeholders in the pilot testing phase. The NAC Executive Secretariat then submitted a technical assistance request to L'Initiative, identifying PILS as a provider of technical assistance, to carry out training of community trainers around testing, and to supervise the training of peer educators. We are grateful for the NAC Executive Secretariat's approach to include us in this process and thank them for their openness.

Doctors of the World have also been involved through the community observatory project on access to HIV care for key populations, supported by L'Initiative, which has produced objective data providing answers to the questions that the Malagasy authorities had long been asking. The data also revealed a certain level of denial among the Malagasy population in relation to HIV, which prompted us to include modules in the training which aimed to explain to peer educators what HIV is, the modes of transmission, etc.

Finally, I would like to thank Rebecca Gillard, our contact at L'Initiative, who knew the context in Madagascar well and trusted us to implement this assignment.

We experienced coordination problems at the national level: lack of personnel, lack of supplies, lack of coordination tools, issues around availability of funds and in particular allowances for peer educators...perhaps due to a certain level of reluctance among the authorities.

We experienced coordination problems at the national level: lack of personnel, lack of supplies, lack of coordination tools, issues around availability of funds and in particular allowances for peer educators...perhaps due to a certain level of reluctance among the authorities.

Zone centrale
Titre du bloc
WHAT WAS THE BENEFIT FOR PILS IN TERMS OF BEING INVOLVED IN THIS TECHNICAL ASSISTANCE ASSIGNMENT?
Contenu du bloc

It was a recognition of our expertise and it reflects our approach to the response at Coalition PLUS: to show that the expertise sits not only among international experts, but also among community stakeholders. We now have recognition from institutions in Madagascar and we have therefore been able initiate tangible collaboration with the NAC Executive Secretariat.

It also allowed for people that PILS asked to get involved in this assignment to showcase their own expertise on the community approach and non-clinical testing. It was important for us to include peer educators who work with the communities. It is a question of sharing not only technical know-how, but above all, the approach surrounding it.

Zone centrale
Titre du bloc
CAN YOU TELL US ABOUT THE KNOWLEDGE SHARING REQUEST YOU SUBMITTED TO L'INITIATIVE?
Contenu du bloc

This year, PILS celebrates its 25th anniversary. To mark the occasion, we will produce a video to share information about the assignment carried out in Madagascar. The idea is use images from the training of trainers, interviews with peer-educator trainers, interviews with Professor Inwoley and members of the NAC Executive Secretariat, to compare their experiences of this collaborative experience. I would like to take this opportunity to thank my colleague Guffran Rostom, who collected all the material and kick-started the idea of sharing results of the assignment in collaboration with the L'Initiative team. To conclude, I will say that it has been a painstaking piece of work: We have been gathering grains of sand over a period of years to achieve this assignment.