KNOWLEDGE SHARING AND LEARNING TO PLAY A CATALYTIC ROLE 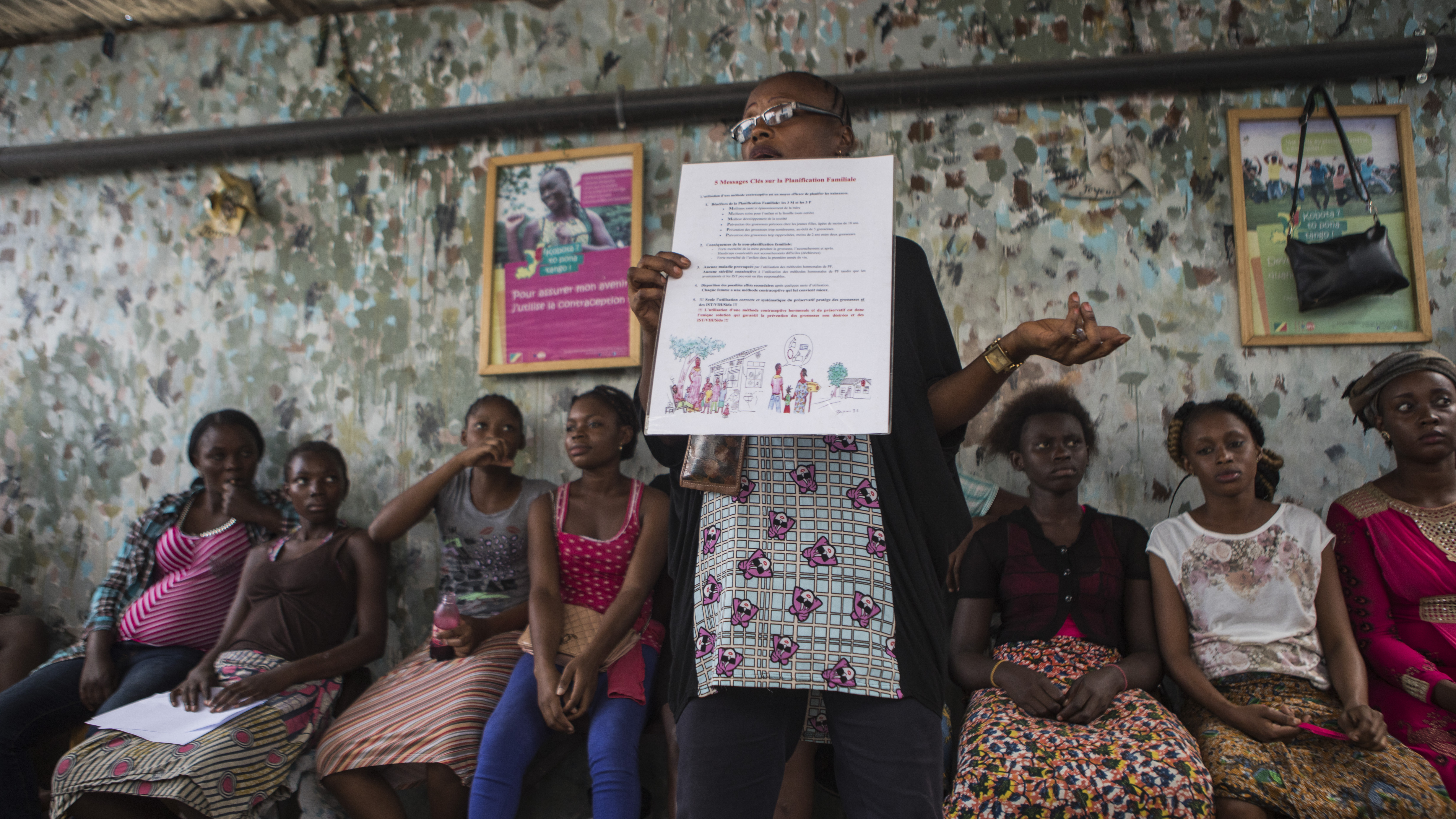 L'Initiative carries out cross-cutting evaluations of the projects it funds to learn from the solutions implemented. Two experts, Hélène Rossert and Abdoulaye Sidibé Wade, look back at this work: they think L'Initiative needs to learn more to be able to play a catalytic role by facilitating the scale up of good practices.

Doctors Hélène Rossert and Abdoulaye Sidibé Wade were involved in the evaluations of L'Initiative projects relating to issues facing “Key populations” (2014-2018) and “Marginalized populations” (2016-2020 cycle). The two experts highlight the need to learn more from L'Initiative-funded projects to identify practices that could be scaled up.

Abdoulaye Sidibé Wade: Each project is evaluated individually initially. In order to do this, we use the project outline, and we apply evaluation plans detailing the methodology used and data collection techniques. Access to evaluate projects on the ground funded between 2016 and 2020 has been disrupted by the COVID-19 epidemic. However, we regularly visit project leads as much as is possible to develop and share our analyzes. This collaborative way of working is very important so that they are on board with our final recommendations.

Hélène Rossert: A cross-cutting analysis of the results is then carried out to draw out lessons from the combined experience and to identify best practices. During the last evaluation cycle, a workshop to co-create recommendations was organized that involved experts, L'Initiative, members of the steering committee and project leads. This was a first for L'Initiative. The benefit was that the resulting recommendations were understood by all, were easily adopted by the key stakeholders and - we hope - were useful for the next generation of project leads.

Zone centrale
Titre du bloc
WHICH PROJECTS STOOD OUT OR WERE PARTICULARY INTERESTING IN TERMS OF LEARNING?
Contenu du bloc

H.R. The project in the Ukraine led by the NGO, AIDS Foundation East-West (AFEW-Ukraine), which aims to reduce HIV prevalence among adolescents who use drugs and their sexual partners, was one of the projects that stood out the most. It was really successful, particularly in terms of the engagement of the target population group.

A.S.W. This is also the case for the project led by Humanity & Inclusion [formerly Handicap international] in Senegal and Guinea-Bissau. The benefit of this project was that it opened up health care provision to people living disabilities and also mobilized them and raised awareness of their vulnerability to HIV and AIDS. In addition to having a prevention focus, the project also enabled them to be resocialized and made them aware of their rights.

H.R. There is also the project in West Africa led by the Research Institute for Development (Institut de Recherche pour le Développement) and several local organizations. The project was extremely innovative and achieved conclusive results. The project aim was to provide pre-exposure prophylaxis (PrEP) to men who have sex with men to significantly reduce the incidence of HIV among this key population group. Some countries in the region have already included PrEP in their national AIDS policy, but organizational and institutional learning to scale it up needs to be carried out.

Zone centrale
Titre du bloc
HOW COULD L'INITIATIVE FURTHER STRENGTHEN THE QUALITY OF THE PROJECTS IT FUNDS?
Contenu du bloc

H.R. Increasing the number of partnerships and planning for better coordination with public health systems are areas that need to be consolidated. In general, we would like L'Initiative to strengthen the catalytic nature of its work. L'Initiative funds projects that may appear to have modest ambitions given the level of funding provided by the Global Fund. However, these are well-targeted projects which often shed new light on these issues, particularly in terms of the focus on key populations and vulnerable groups.

A.S.W. We think there needs to be more focus on learning - what worked, what didn't and why - to make the most of good practices implemented within the projects. This would enable replicable models to be developed that make scale up possible. This learning-modeling approach must be part of L'Initiative's DNA. The projects it funds would then be perfectly aligned with those financed by the Global Fund.

Hélène Rossert during the workshop to co-create recommendations from the cross-cutting evaluation on "Marginalized populations", June 8, 2021

Zone centrale
Titre du bloc
WHY IS TAKING INTO ACCOUNT KEY AND MARGINALIZED POPULATIONS CRUCIAL IN THE RESPONSE TO THE THREE PANDEMICS?
Contenu du bloc

H.R. Key and vulnerable populations are the most likely to be exposed to HIV, tuberculosis or malaria. These population groups who have the least access to the health system are most effected by epidemics. These groups are socially marginalized and are effectively discriminated against and stigmatized, particularly because of their sexual orientation.

A.S.W. Hence the need to support programs that involve them in developing and implementing health services. It is crucial to involve them in public policy decisions that impact them, in terms of prevention and access to care, and linking that to training for health professionals. This is a very empirical area, when something has worked, you have to learn from the approach taken to try to scale it up.