TOWARDS A TB FREE WORLD 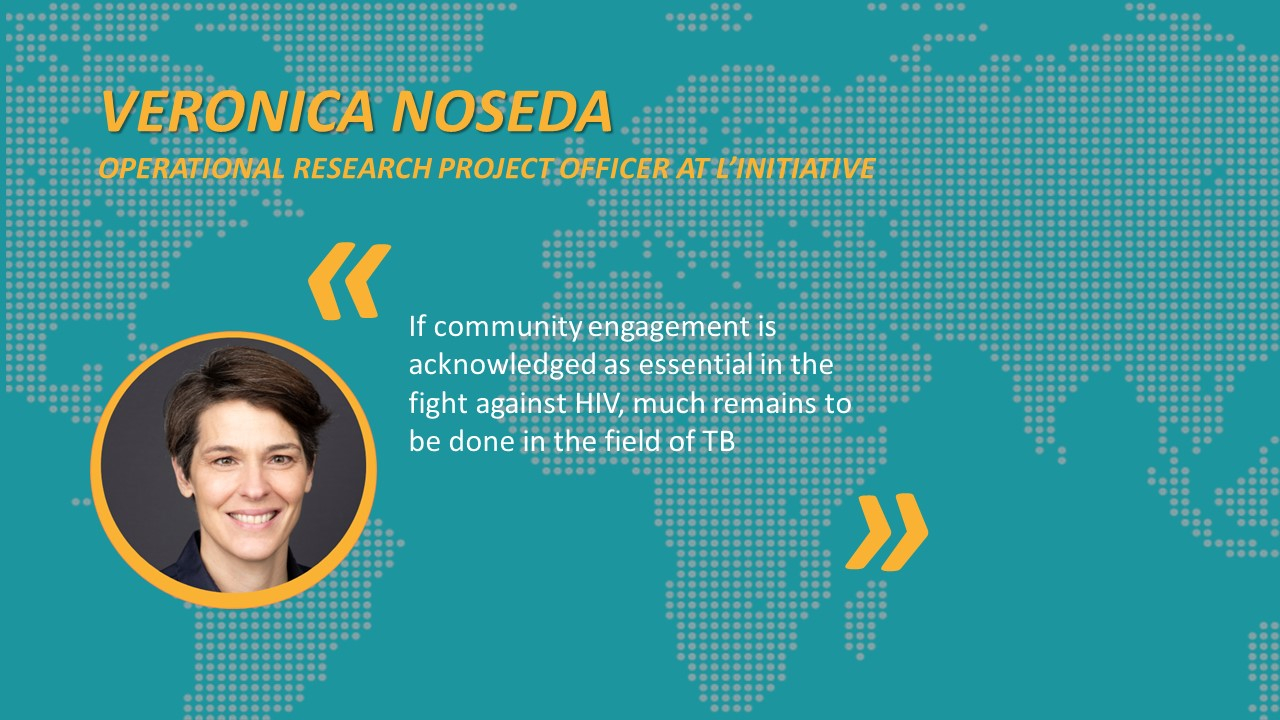 With its 2021 call for proposals, L’Initiative has chosen to support operational research that could improve the prevention and treatment of TB among the most vulnerable populations. Veronica Noseda, in charge of managing these projects, shares her vision of L’initiative’s key role in the fight against TB.

12 months of Covid-19 eliminated twelve years of progress in the global fight against TB.  This is the bleak picture put forward by Stop TB Partnership who highlights that the lack of access to prevention and care because of Covid-related restrictions have led to a drastic 20% drop in the number of diagnoses and treatments in the nine countries that are the most affected by TB.

Among the most hardy hit groups there are people living with HIV and close contacts of a person with active TB (including children, for whom accurate diagnosis is major challenge). People living in crowded places with poor ventilation, such as prisoners, slum dwellers, mine workers or even populations subject to massive populations movements are also at greater risk. In fact, today like in the past, TB remains a  « disease of poverty », linked to socio-economic as well as biologic factors.

Based on these facts, in 2021 L’Initiative decided to launch a call for proposals to fund operational research aimed at responding to the needs of the most vulnerable populations while implicating them in the response. This means that the focus will not only be on developing innovative strategies for improving prevention, diagnosis and care for the groups at greater risk, but also on building on their experiences and skills to implement these strategies. As a matter of fact, while community engagement is indeed acknowledged for its key role in the fight against HIV, much remains to be done in the field of TB.

The call for proposal takes into account three elements :

This is the second time, in four years of existence, that L’Initiative’s « operational research » call for proposals has chosen TB as the main theme of the call. This underscores Expertise France's determination to contribute to accelerate the possible eradication of tuberculosis.

TB has been known since ancient times. The first vaccine (BCG) was developed in the first part of the 20th century. Nevertheless, we still have not been unable to eradicate this deadly pandemic. Worse, improvements in the fight against this disease have at times come to a stand still. This is the case of therapeutic treatments which remain partially old, very long and constraining. Today, the field of TB is experiencing a renewed enthusiasm, especially with the development of shorter regimens (both in the treatment of multi-drug resistant strains and in the preventive treatment of latent tuberculosis) and significant advances in the terms of diagnosis. Now, thanks to rapid molecular tests, which are more sensitive than microscopic examination of smears, the diagnosis of tuberculosis can be more rapid and reliable, while remaining technically feasible even in settings far from reference laboratories. Furthermore, several tools are under study to facilitate the diagnosis of children by favouring molecular analyses based on stool samples or nasopharyngeal aspirates, which overcome the difficulty of obtaining sputum from children. This will accelerate the care of children and reduce mortality in this particularly vulnerable group.

However, these advances may remain insufficient if they are not implemented within a context-sensitive public health approach, responding to specific epidemiologic characteristics, but also to the actual capacities of the health systems involved. That is why operational research matters: it allows, for instance, to evaluate strategies that include new tools while strengthening the training and mobilization of health human resources, or increasing the participation of communities in order to link patients to care.

Decades of work must not be undone by the current health crisis. A world free of TB is possible and L’Initiative is committed to making it happen. Now more than ever is the time to invest in operational research and implementation programs so that the progress being made can reach its full potential for better health and quality of life for patients.