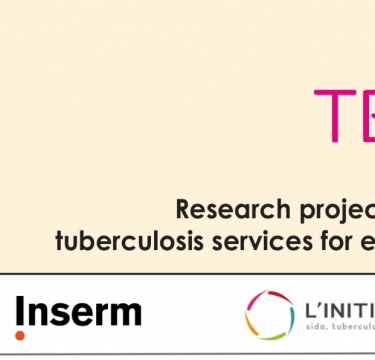 TB-Speed Project International Symposium for the Restitution of Results

The TB-Speed consortium under the leadership of the University of Bordeaux is organizing the final restitution of the results of the TB-Speed project in Maputo, Mozambique on June 9 and 10, 2022.

This project, which aims to reduce TB mortality in children by improving diagnosis, was deployed between 2017 and 2022 in 7 countries with a high incidence of TB and limited-resources: Cambodia, Cameroon, Côte d'Ivoire, Mozambique, Sierra Leone, Uganda and Zambia.

The international symposium for the restitution of the results organized in collaboration with the National Institute of Health in Mozambique will bring together the consortium members, partners, the scientific committee of the project, as well as key actors in the fight against tuberculosis with representatives of the national programs of the seven countries where the project has been implemented, representatives of the World Health Organization (WHO) and the project funders (Unitaid, The Initiative and ANRS).

Tuberculosis affects approximately 10 million people per year worldwide, including 1 million children. Less than half of all childhood TB cases are reported to WHO, as the diagnosis of TB in children is difficult.

Each year, approximately 250,000 children worldwide die from tuberculosis and, in the majority of cases, these deaths occur in children who were not put on treatment because they were not diagnosed.

In this context, the TB-Speed project aimed to contribute to the reduction of child mortality by increasing the number of children diagnosed with tuberculosis and treated, by working on two main research axes: decentralization of an innovative diagnostic approach of tuberculosis at the district and primary health center levels and improvement of diagnosis of the most vulnerable children, i.e., those who are malnourished, HIV-infected, or with severe pneumonia.

The project conducted five research studies among children with suspected TB. It involved strengthening the diagnostic capacity for childhood TB in 16 referral hospitals, 12 district hospitals and 48 primary health centers through staff training, the installation of GeneXpert machines for the molecular diagnosis of TB, the deployment of equipment and materials for the collection of alternative specimens to sputum, such as nasopharyngeal aspirates and stool specimens, the digitization of X-ray imaging at hospital level, and the implementation of quality control systems. Through its technical development component, the project improved methods for collecting and processing nasopharyngeal and stool specimens to facilitate their use at the primary health center level.

The results of the TB-Speed Decentralization Study in Cambodia, Cameroon, Côte d'Ivoire, Mozambique, Sierra Leone and Uganda will be essential to assess the impact of decentralization and the strengthening of TB diagnostic capacity on the number of children treated, and the acceptability of these interventions by health workers and children's families. They will be discussed with representatives of national programs in order to make the best recommendations for the implementation of large-scale decentralization programmes in these countries.  The TB-Speed HIV and SAM studies have developed and evaluated diagnostic algorithms to guide rapid treatment decisions in children living with HIV or malnutrition and the results will be presented and discussed with experts including the WHO Childhood TB Team.

Some preliminary results of the project have already been shared with the scientific community and contributed to the revisions of the WHO Technical Guide and Operational Manual for TB published in March 2022. The TB-Speed Pneumonia study conducted in 6 countries (Cambodia, Cameroon, Côte d'Ivoire, Mozambique, Uganda, and Zambia) showed that it was possible to detect and treat TB rapidly in children admitted with severe pneumonia. The TB-Speed Stool Processing study confirmed the good performance of a simplified stool sample preparation method for the molecular diagnosis of TB.

A total of 7358 children were included in all TB-Speed studies. The project also assessed the cost and cost-effectiveness impact of the different interventions evaluated according to the health care systems and epidemiology of the countries.

At the end of this symposium, a scientific article writing workshop will be conducted with young and senior researchers from the 7 countries involved in the project in order to build scientific capacity for the scientific valorization of the project results.