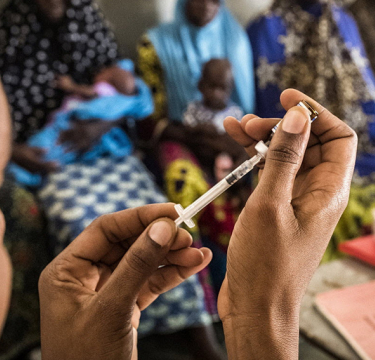 On October 6, a World Health Organization (WHO) press release spread quickly around the world announcing its “historic” decision to recommend a “groundbreaking” vaccine for children at-risk of malaria. This type of enthusiastic language, unusual for the WHO, hints at a dramatic reality. Children under five are most heavily impacted by malaria - in 2019 67% of global malaria-related deaths were among this age group: one child dies every two minutes from malaria, primarily in Africa.

L’Initiative developed a brief in relation to this announcement, which provides analysis and insight into this first malaria vaccine (known as RTS,S). In particular, it highlights the scientific progress made in the development of this new vaccine (the first to be developed against a parasite), but also the challenges of introducing it into the population, particularly due to the high number of doses that need to be administered to achieve a relatively modest efficacy rate (29% reduction in cases of severe malaria in children aged 5-17 months). Hopes are pinned on a new generation of products currently being researched, which are more efficient and potentially less restrictive in terms of implementation.

Without a financial commitment commensurate with public health challenges, without strengthening health systems in high-incidence countries, and without community involvement, [vaccines and next-generation products] will have only a limited impact."